Samsung's Galaxy Tab has already been dissected ahead of its launch in North American markets. The teardown, posted on jkkMobile, reveals a massive battery, which dominates the housing interior. The 14.8 W-h lithium-ion cell is claimed to reach approximately eight hours of typical usage, compared to the iPad's 10-hour rating on a 25 W-h battery.

Although the battery is connected to the board using a detachable cord, opening the case is said to be a daunting task. The plastic cover reportedly requires quite a bit of force to pry off, before users can access the screws. 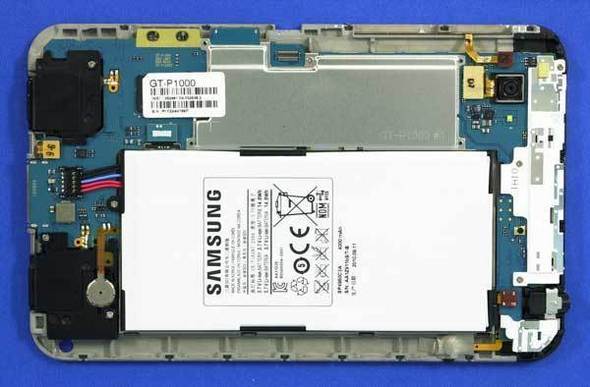